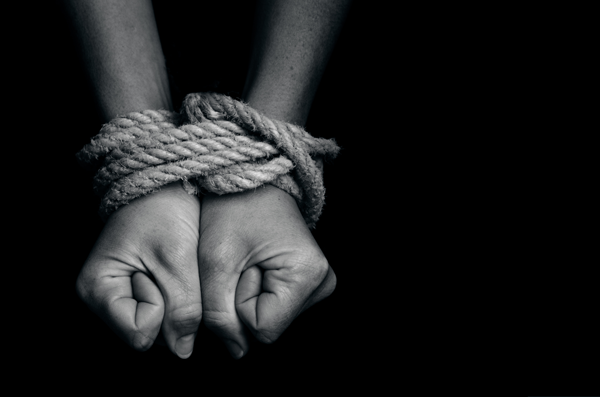 Human Trafficking is a fashionable topic these days, partly due to the awareness programs designed to catch our attention. They’ve done a great job as not only do I want to donate, but I also want to DO SOMETHING. It’s heartbreaking to hear about the many people that suffer at the hands of their oppressors and I feel like I cannot just sit back and allow it to happen. And I want Blue Compass to be a part of the solution. How can we do that? For Blue Compass to become involved would require a good deal of research due to the scale of the problem – ~$150 BILLION annual profit in the international industry according to Secretary John Kerry [Jan 29, 2015].  It also requires a multidisciplinary solution. For instance, is human trafficking a humanitarian issue, legal/policy issue, immigration issue, or a cultural issue?

I recently attended an anti-human trafficking conference hosted by Catholic University (I make a point to add the “anti” because without it, you can’t tell if the person is for or against human trafficking. :) ). What have I learned? As a newbie, I thought I’d share new things that I learned at the conference:

• The US is a major hot spot for labor trafficking, especially in more metropolitan areas. Some conditions are compared to slavery (many people sleeping to a room, an insurmountable debt that keeps them in bondage, little food, little sanitation).

• Victims are hard to reach because they are under strong psychological bondage with their oppressor. Some are afraid to get help and some don’t even know that they are victims. Usually victims are found long after their victimization and many times, a third-party will reach out for help on their behalf.

• The 4 P’s of the Human-Trafficking Paradigm, as defined by the Department of State (DoS): Prevention, Protection, Prosecution, Partnership. I hate using the term “value chain” since human trafficking does not provide any value, but this is the closest high-level process thread for folks like me that need a framework to organize my thoughts.

• Online transactions are very common in open forums and websites. Criminals use code language in forums to communicate and proxy servers so that their IP address cannot be tracked.

• The Polaris Project was the most talked about non-government organization (NGO).

• Religious organizations are well-positioned to help with victim services because of their international network.

• The President’s Interagency Task Force (PITF) to Monitor and Combat Trafficking in Persons is a cabinet-level entity that is made up of 14 federal departments and agencies that coordinate the US government-wide effort to fight human trafficking. They seem to be interested in combating human trafficking in the US, as well as internationally.

• Some non-US areas accept human trafficking as a cultural norm and not a crime. Therefore, it can be difficult to get local stakeholders involved in finding solutions.

• Sporting events, such as the NFL Super Bowl, attract prostitution in droves.‍

• Prosecution is very difficult. Evidence can show the sexual activity or labor activity, but prosecutors need to prove force, fraud, or coercion. Except for minors under 18 years old, it’s automatically a crime because they cannot legally give consent for sex.

• It was a very informative 2-day conference! I could share so much more. I walked away with lots of research to do. I hope to quickly find ways that Blue Compass can get involved. As a company, we need to figure out where to jump in and where Blue Compass would be most effective. Perhaps we could volunteer in an underserved area that needs it most and donate company resources to make it happen? Do we help with technology? Policy? Strategy? Outreach? Does anyone even want our help? As we figure out how Blue Compass can get involved, we will share what we learn along the way.